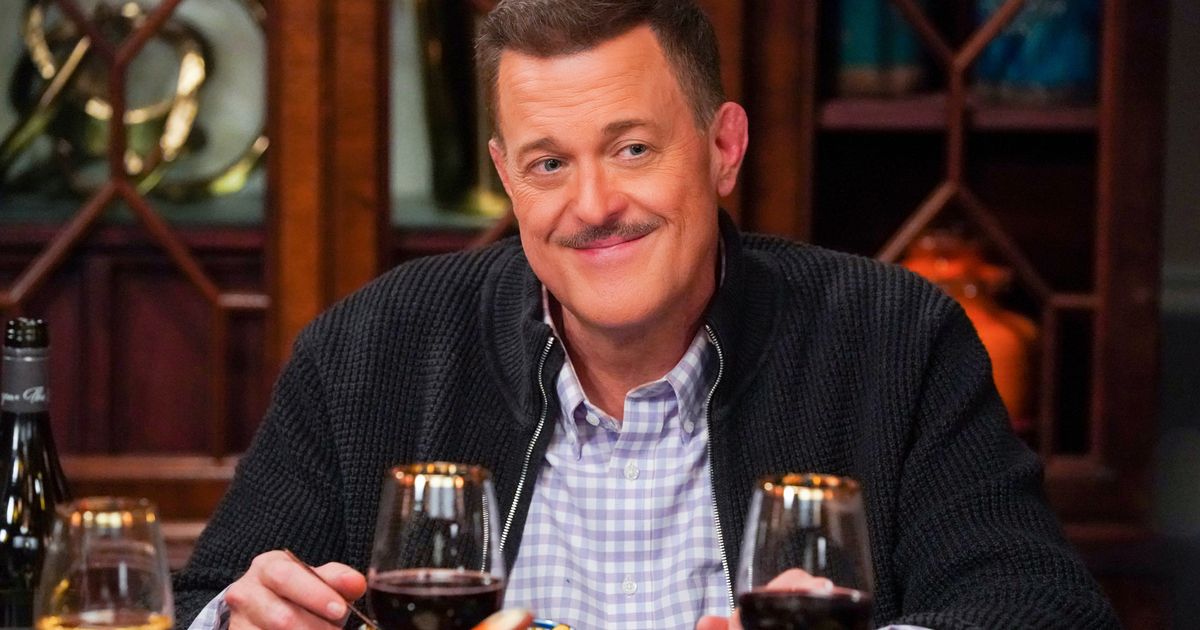 LOS ANGELES (AP) — Billy Gardell is scrupulous about giving credit where it’s needed, at home and at work.

He describes his wife, Patty, as the “North Star” who helped him through hard times and kept their family on track. Chuck Lorre, the prominent producer who cast the actor-comedian in “Mike & Molly” and again in “Bob Hearts Abishola”, has “literally changed my life”.

The praise sounds genuine, a match for Gardell’s appearance: a man from a working-class background who considers himself remarkably lucky to have landed twice as a network TV star. He’s not overly self-effacing — he prides himself on stretching out as a stand-up and actor — but not one to brag.

CBS is returning “Bob Hearts Abishola” this fall, safe from the cancellation ax that claimed three other network sitcoms (“How We Roll,” “B Positive,” and “United States of Al”). Folake Olowofoyeku stars opposite Gardell in the series that wraps up its third season at 8:30 p.m. EDT Monday.

“I just can’t believe this (expletive) happened to someone twice. I’m still in disbelief,” Gardell said as he congratulated the pickup. “My wife says I have a horseshoe in my behind and I’m starting to think she’s right.”

In “Mike & Molly,” which ran for six seasons, Gardell and Melissa McCarthy played a couple who met at an Overeaters Anonymous gathering. In the new sitcom, Bob and Abishola cross paths in a hospital: he is a middle-aged man who has had a heart attack; she is the young African-born cardiac nurse who cares for him. He chases her and they get married.

He says Lorre had it at “You’re a compression sock salesman who falls in love with a Nigerian nurse.” How do you not laugh at that? Where else are you going to hear that?” said Gardell.

The two series have “the same secret sauce, which is love wins,” even as couples deal with differences, he said. “I think if you’re lucky enough to hold a hand at the end of the day, you’ve won the match.”

Born in the Swissvale neighborhood of Pittsburgh, Gardell grew up in Pennsylvania and Florida after his parents divorced. He described himself as a “chubby kid” who got the idea he could be funny on TV by seeing the chubby Jackie Gleason on “The Honeymooners.” Gardell started out as a stand-up, influenced by his father’s eclectic tastes, including albums by George Carlin, Richard Pryor and Bob Newhart.

“I’m pretty middle of the road, meat-and-potatoes,” Gardell said as a comedian. “I talk about being married and having a child. A very normal Midwestern sense of humor – don’t take yourself too seriously.”

He combined club dates and acting, with recurring or guest roles in several TV dramas and comedies, including “The Practice,” “King of Queens,” and “My Name is Earl,” and as a voice actor for animated shows, including “Phineas and Ferb.”

But the work had dwindled, and Gardell thought his career “was kind of done in Hollywood…. Nothing had happened for a few years, and my wife and I weren’t in the best place at the time, and I was trying to to make sure we were okay.”

He had stopped drinking (“It got out of hand,” he said) and was focused on repairing his marriage when the offer for “Mike & Molly” came. His first reaction was to say no, out of concern for his family and serious self-doubt.

Lorre “helped me get that part, because I was terrified. I thought, ‘I don’t know if I’m a leader, if I can do this,’ Gardell recalls. ‘And to my wife’s credit, then I got a call from Chuck, she said, ‘You have to.'”

The producer, whose hit comedies include “The Big Bang Theory” and “Two and a Half Men,” is a fan of Gardell on and off the screen.

“There’s something magical about Billy that makes you support him. That makes you care,’ said Lorre. “And of course comedy is in his DNA. If the joke is good, it makes it great.”

Gardell himself is “a delight,” Lorre said. “He is kind and attentive to everyone on stage. He is a daily example of the consummate professional.”

While Gardell worried — for no reason, he says — that giving up alcohol meant he wouldn’t be funny, he didn’t hesitate to lose weight to improve his health. “Bob Hearts Abishola” viewers have seen him lose weight, the result of gastric bypass surgery and careful eating. His health improved dramatically, including his blood pressure and the type 2 diabetes he said had “disappeared”.

“I’m happier than I’ve been in many years,” Gardell said, but cautioned not to tell others to follow suit and have the surgery he’d thought about for years before having it.

“It is a very personal decision. It was right for me. I want to be clear about that,” he says. He still has to fight obesity and strives to “surround myself with the things that will help me make healthy choices.”

Gardell said the creators of “Bob Hearts Abishola” were given no backs about transforming a big funny man into a noticeably less hefty version, with Lorre telling him it fit his character’s post-heart attack to be healthy.

“We’ll just recognize on the show that you take better care of yourself because that’s the truth,” Gardell recalled Lorre telling him.

While he appreciates the job security, he sees his wife and their college-bound son Will as the real gift.

“The life my wife built for me and our son has always been more important than my career,” Gardell said. “As long as your life outside of your career defines you, you are not defined by the ups and downs of your career.”