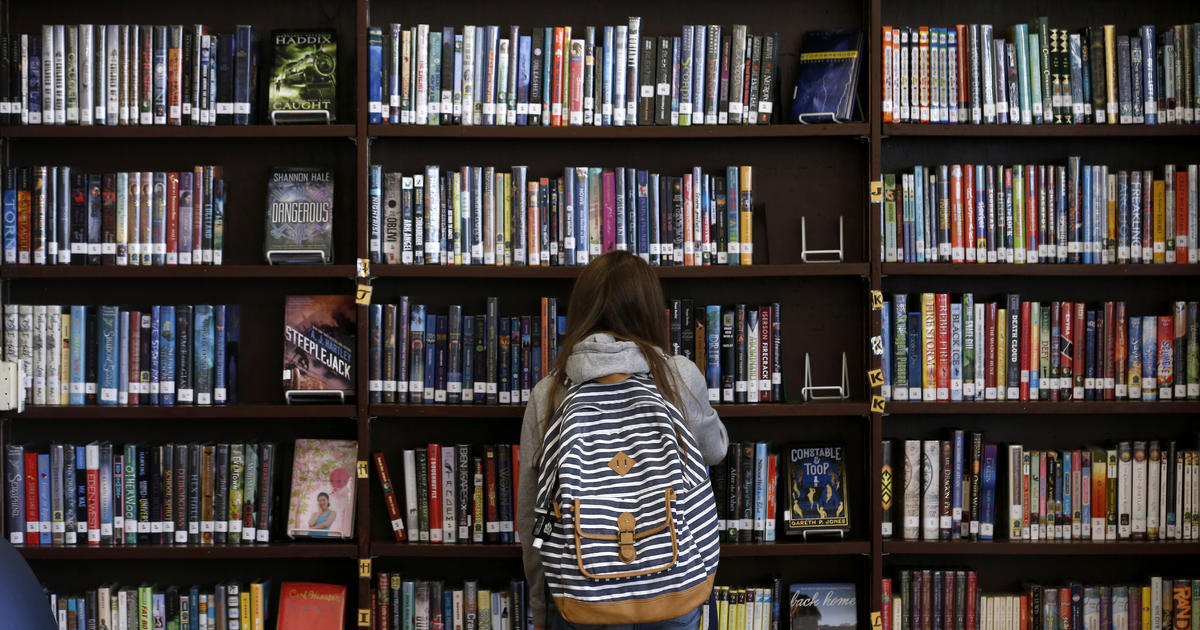 SMITHTOWN, NY — There has been a reversal on a Pride display at a Long Island library.

The Smithtown library board voted earlier this week to remove Pride displays in the children’s ward. In addition to the displays, about 29 Pride-related children’s books were pulled from the shelves, but were still available for parents to check out.

In an emergency meeting Thursday night, the Smithtown Library Board of Trustees voted to put the displays back up. Those displays will remain in place until at least 15 July.

Flyers, banners and colorful books proudly celebrating Pride Month were removed from children’s rooms at the Smithtown Library after a controversial 4-2 vote in the library council.

“This 100% is not how the community thinks about this, this is not how the public librarians feel about this. This was purely a decision of the administrators,” Smithtown mom Juliet Roscigno-Filipkowski told CBS2’s Jennifer McLogan.

The library released a statement, which reads in part: “All books on this subject are still part of the library’s children’s collection and can be checked out by anyone who wishes. These titles have not been removed from the collection.”

“They have it in the library, that’s one thing, but it doesn’t have to be in the children’s ward,” says one parent.

“They’re still on the shelves, they just moved in and I approve of that decision,” said another parent.

The library president said earlier Thursday that she was stunned.

The governor issued the following statement:

“I am shocked by reports that the Smithtown Library Board has decided to remove all LGBTQ+ related books from the children’s sections of its libraries and has instructed the New York State Division of Human Rights to immediately launch an investigation.

“It is illegal by law to discriminate in public places on the basis of sexual orientation or gender identity. Everyone – especially the youth of our state – deserves to feel welcome in the library. For many LGBTQ+ children, libraries are a refuge and information where they can be welcomed and confirmed for who they are.

“We will not tolerate a ‘Don’t Say Gay’ philosophy taking root in our state. I look forward to seeing the Human Rights Department take swift action to investigate these reports.”

The book removal was suggested by curator Marie Gergenti, who closed her front door when asked to comment.

But Kevin Smith, another loud majority lawyer, explained, “Whether it’s identity or orientation, why are we so determined to have sex with children? … I don’t know why that has to be paid for with the public dollar, on the public dime.”

“Whether it’s my straight son, my trans son, my bi-daughter or my straight daughter, I want them all to feel that they’re represented and that there’s material that appeals to them,” he said.

The LGBT network says it is now launching a leadership institute for those interested in joining local government, school boards and library boards.

“We want to support people in this community to run and replace this homophobic, transphobic and hateful Smithtown library
board members,” said Robert Vitelli of the LGBT network.

“LGBTQ youth are three to five times more likely to commit suicide for reasons of representation, visibility, safety and inclusion. And what the Smithtown Library did today went against all those principles,” said David Kilmnick, president of LGBTQ Network.

They say our libraries are places where everyone can be fully and fairly represented.

Throughout her decades-long career, Jennifer McLogan has been recognized for her breaking news coverage and live coverage of key stories including the September 11 attacks, Superstorm Sandy, the Gilgo Beach murders, the Long Island Rail Road massacre, the TWA crash Flight 800, the Philadelphia Police incendiary of the radical Move group, the fires in the Pine Barrens in the Hamptons, and massive snow storms paralyzing the Northeast. In sports, she covered Super Bowl XLVI, World Series with both the Yankees and Mets, NBA finals with Michael Jordan and the death of Arthur Ashe.