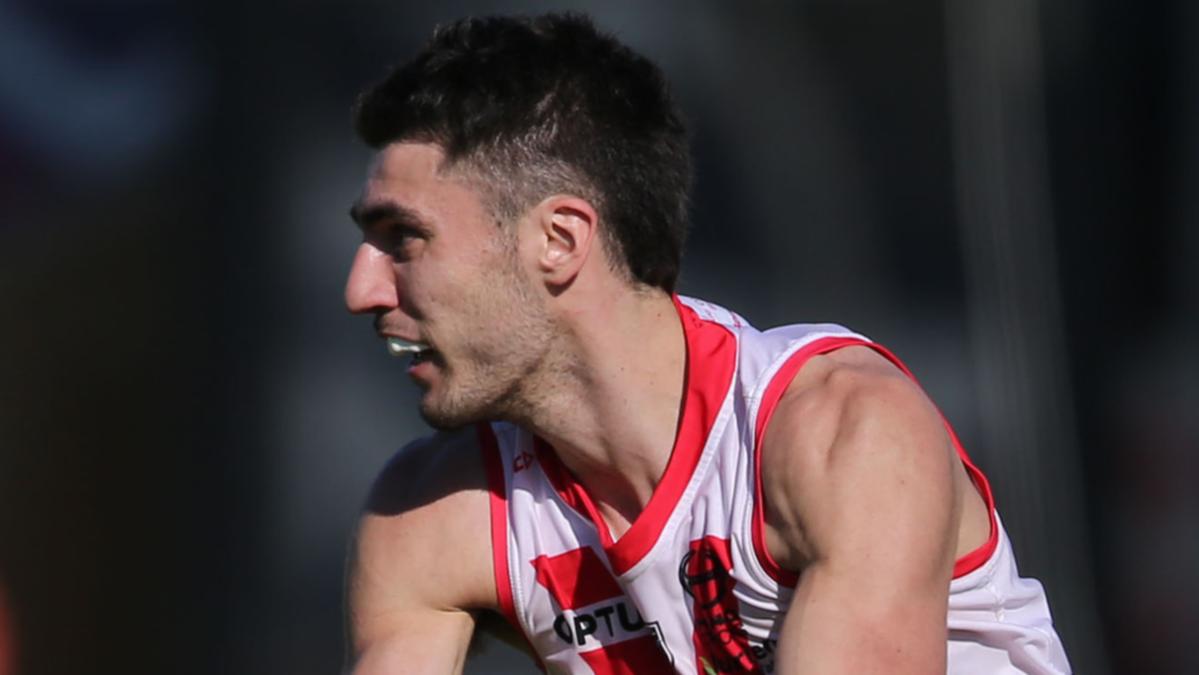 The West Coast’s best player on the ground in the first quarter of their clash with Brisbane only knew he was playing for the club on Thursday.

South Fremantle midfielder Jake Florenca was a surprise addition as the Eagles were hit again by another COVID crisis this week, but was the eponymous winner of the knockout on the ground with nine quarter-time goals.

He also won an endorsement after being pushed straight into a starring role in midfield.

The Eagles kicked just one goal in the first term – a clever dribbling finish from Liam Ryan – with the Bulldogs star involved in a coast-to-coast chain with fans getting a brief glimpse of the old west coast.

Florenca became the 43rd Eagle to take the field this season and the 13th player to make his club debut.

The 24-year-old was one of the top four players to make the trip to Queensland, along with Logan Young, Declan Mountford, Angus Schumacher, but the only WAFL player to be named 22 in the starting lineup.

“It’s quite surreal, to be honest. I’ve supported them all my life. It all happened so fast,” Florenca told The West Australian.

“I think I bring the contentious game, I think I can make an impact in midfield by winning the hard ball.

“It would mean the world (to play AFL). Even it was for just one game or as a medical sub or something. It’s a childhood dream.”

Florenca’s usual debut phone call with his mother also made headlines on Friday, when she told him, “I’m going to throw up.”