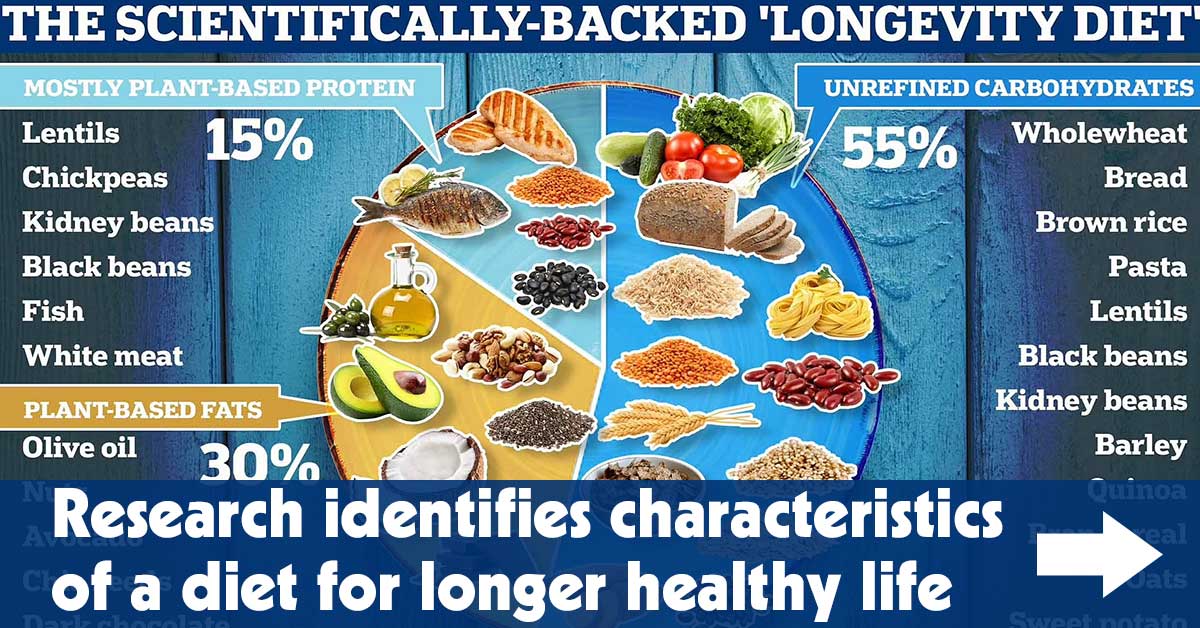 Researchers have analyzed a wide range of population studies in laboratory animals and humans to gain insight into which type of diet is most likely to lead to a longer and healthier life.

The researchers characterize the “longevity diet” as a multi-pillar approach according to the results of studies on a variety of diets, from food composition and calorie intake to the frequency and length of the fasting interval.

The researchers examined the association between genes, fasting, nutrients, and longevity in short-lived species, and linked these associations to epidemiological and clinical research in primates and humans, including centenarians. By implementing a multi-pillar, multi-system approach determined by more than a hundred years of research, the researchers began to define a long-lived diet that is representative of a solid foundation for nutritional recommendations.

The researchers reviewed numerous studies on disease, nutrition and longevity in humans and laboratory animals and combined the results with those of their research on aging and nutrients. Popular diets were included in the analysis, such as the Mediterranean diet, the low-carbohydrate and high-fat ketogenic diet, vegan and vegetarian diets, and total calorie restriction diets.

Also included in the review were different types of fasting, such as a short-term diet that mimics the body’s fasting response, frequent and short-term intermittent fasting, and intermittent fasting of 2 days or more, or a two-time fasting diet. a month or more. In addition to examining epidemiological research data, the researchers associated these studies with certain dietary factors that influence different genetic pathways that regulate longevity shared by humans and animals, and that also affect disease risk markers, such as levels of cholesterol, insulin, insulin-like growth factor 1, and C-reactive protein.

The researchers said the key optimal nutritional attributes appear to be moderate to high consumption of unrefined carbohydrates, low but adequate protein consumption from primarily plant-based sources, and adequate plant-based fat intake to meet about 30% of energy needs. The meals of the day should ideally all take place within an 11 to 12 hour time frame, allowing for a daily fasting period, and a 5 day fasting cycle or fasting-mimicking diet every 3 to 4 months can also help lower blood pressure , insulin resistance, and other risk factors for people at increased risk of disease.

The researchers said that food for a true-to-life long-lived diet can consist of plenty of vegetables, whole grains and legumes; a few fish; no processed red or meat and very low amounts of white meat; low amounts of refined grains and sugar; good amounts of olive oil and nuts, and some dark chocolate.

In addition to the basic characteristics, the longevity diet should be adapted to people based on genetics, health status, age and gender. As an example, individuals over the age of 65 may need to increase protein intake to counteract loss of lean body mass and frailty, as research has shown that higher amounts of protein are better for those over 65 and not optimal for those under 65.

For individuals who want an optimal long-lived diet, they should work with a nutritionist to personalize a plan that focuses on smaller lifelong changes, rather than major changes that will result in harmfully large loss of body fat and lean mass, accompanied by regaining fat loss once the person stops on the restrictive diet.

The longevity diet is not a dietary restriction intended only for weight loss, but a lifestyle aimed at slowing the aging process, which can help maintain health into old age. 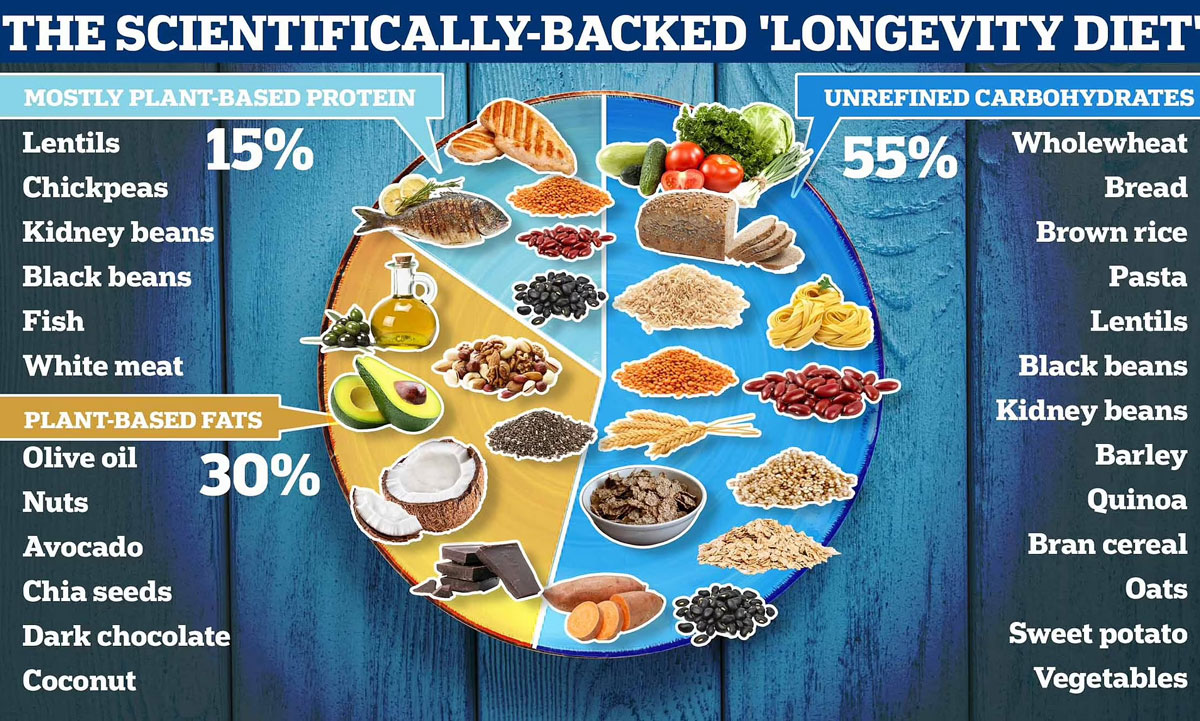 Would you like to use our images on your site? Right click on the image for embed code