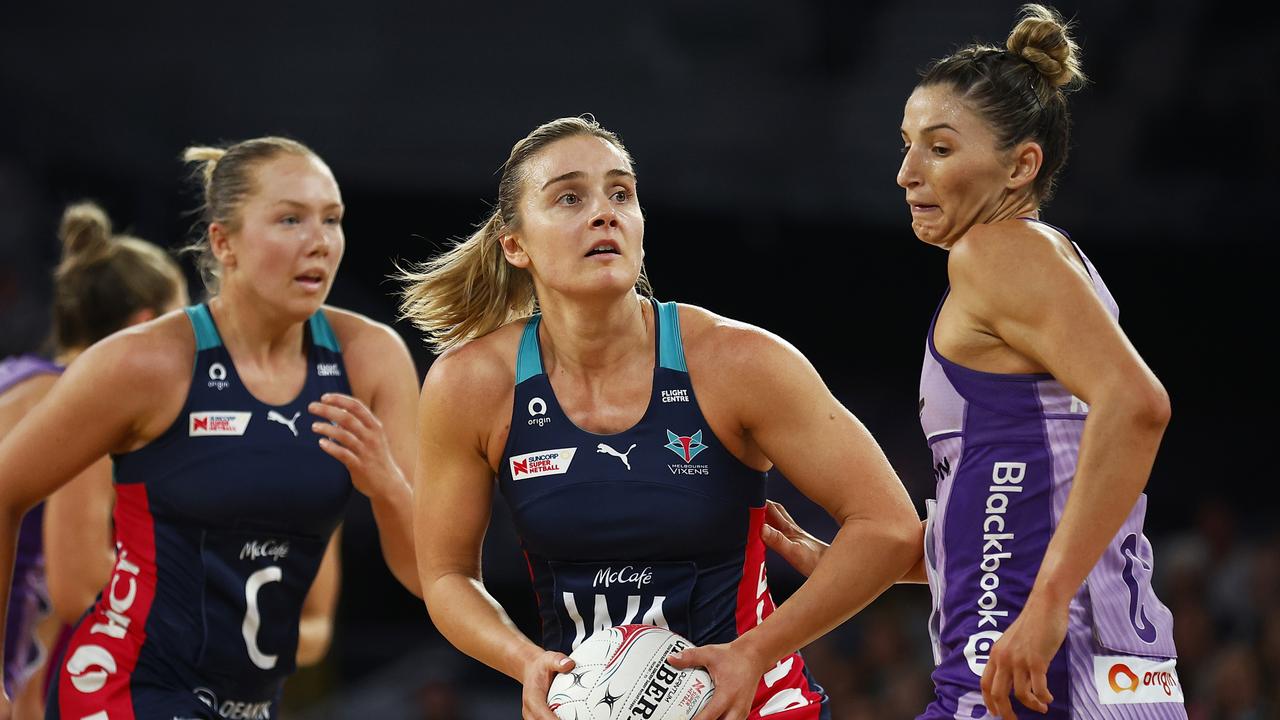 The Melbourne Vixens bolstered their Premiership credentials for Super Netball with a thrilling win over the Queensland Firebirds on Saturday.

The Melbourne Vixens took a thrilling 66-64 win against the Queensland Firebirds on Saturday to cement their Premiership credentials for Super Netball.

Both teams were difficult to split in form, but the Firebirds had the upper hand in the first half thanks to an attacking finish that fired all cylinders.

Watch Suncorp Super Netball on Kayo. Every game of every round LIVE. New to Kayo? Try now 14 days free >

The Firebirds played a direct style of netball from the start, with the ball transitioning smoothly into their firing circle.

In the first half, the beautifully weighted Firebirds’ shooting partnership was almost untouchable, with the partnership of Donnell Wallam and Gretel Bueta drawing attention to the Diamonds at the Commonwealth Games.

Bueta played with the Vixens’ defense as she athletically raced around the firing circle and skillfully orchestrated attacks to set up Wallam.

Former Australian Diamond and Fox Netball commentator Kim Green tweeted: “Bueta is sampling every opponent this season. Can a defender stop her?”

Although Wallam’s scoring ability faded somewhat as the match progressed, the match between Bueta and Jo Weston was one of the pivotal battles of the match.

The Vixens regularly rearranged their lineup as they finally settled into the game and captured the Firebirds’ lead.

They gained control in the fourth quarter and with the Firebirds struggling to sink their Super Shots, it was the Vixens’ experience in resisting pressure that proved the ultimate difference in closing out the win.

Wallam attempted a Super Shot in the closing minutes, but it missed and the Vixens held on to a nail-biting win.

Vixens co-captain Liz Watson was more expensive than usual with a high seven turnovers game as both goalkeepers – Firebirds’ rising star Ruby Bakewell-Doran and Weston – racked up crucial wins for their teams.

After a shaky start, Vixens target shooter Mwai Kumwenda finished 51/56 with 91 percent accuracy and was awarded MVP for her performance.

The result saw the Vixens climb to the tentative top spot on the Super Netball ladder midway through Round 8.

Netball fans couldn’t get enough of the epic encounter between two top four teams, who called it the game of the season.

Stand-in Vixens head coach, Di Honey, described the last quarter as “sensational” and exactly what the coaching staff had asked for.

In Saturday’s other game, the Adelaide Thunderbirds kept their season alive with a 51-44 win over the Sunshine Coast Lightning.