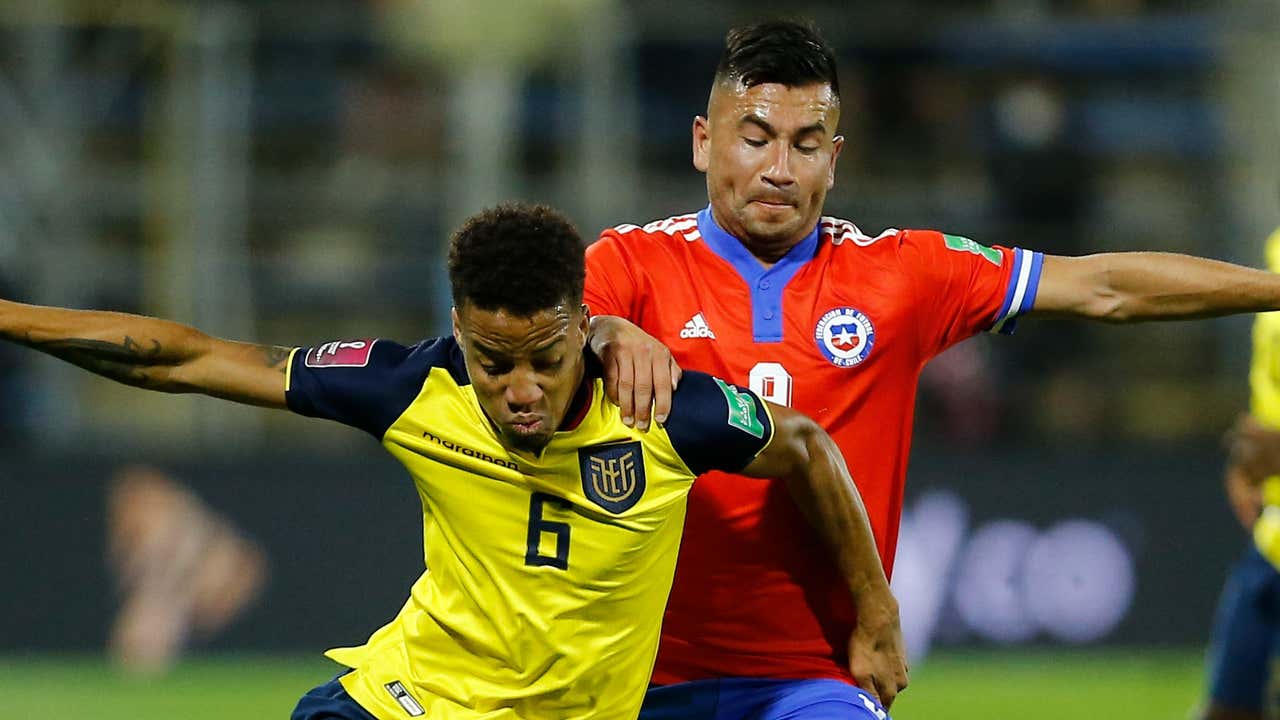 The Chilean Football Association has submitted a surprising request to FIFA to give it a qualifying card for the 2022 World Cup at the expense of Ecuador’s national team.

Chile said in its request that this move was because Ecuador identified a player who was ineligible to participate in South American qualifiers for the World Cup.

The player in question is defender Byron Castillo, who was reported to have been born in Colombia three years before the date stated in his documents for obtaining Ecuadorian citizenship to represent the national team there.

Under FIFA regulations, using an ineligible player can lead to many penalties, and Chile hopes this will also be the case for its presence at the World Cup in Qatar.

It also builds on the extensive investigations conducted in recent years into the imposition of sanctions against 75 young players registered in Ecuador with false documents, including Castillo.

For his part, Eduardo Carlizo, a lawyer representing the Chilean federation, told the New York Times, “We were surprised by the amount and quality of information and evidence available to us about this case.”

And he stated in statements to the Spanish newspaper “Marca”: “We have filed a complaint with the International Federation about the recall of Byron with the Ecuadorian national team, and we have investigated the matter ourselves, and it turned out that he was in Colombia was born.”

He continued: “What we categorically declare is that Byron Javier Castillo Segura was born in Tumaco, Colombia, on July 25, 1995, and his other name is Byron David Castillo Segura, he is a ghost that does not exist.”

He continued: “The case contains a very strong story based on documents explaining the forgery process, it all started in 2012 in Guayas with the North American club, where Bayern was registered in this club, to lead the Ecuadorian Federation itself to the club about the forgery of documents. The player and some employees have been arrested because of this case.”

“Based on all the information and documents collected, we understand that the facts are very serious and FIFA should investigate them carefully,” said Pablo Milad, president of the Chilean Football Federation.

It is noteworthy that Ecuador finished fourth in the South American World Cup qualifiers, to qualify directly for the tournament, with Qatar, Senegal and the Netherlands in Group A.

As for Chile, it is in seventh place with Peru, which is heading for a play-off match between the continents, and after them Colombia, but Castillo did not play against either of the two teams.

It is noteworthy that this attempt is not the first attempt to examine the World Cup qualifiers, as Algeria had previously requested a repeat of its match with Cameroon, and the same for Egypt against Senegal, but the two results did not change when the FIFA merely imposed penalties on those involved, such as a fine and playing without an audience.