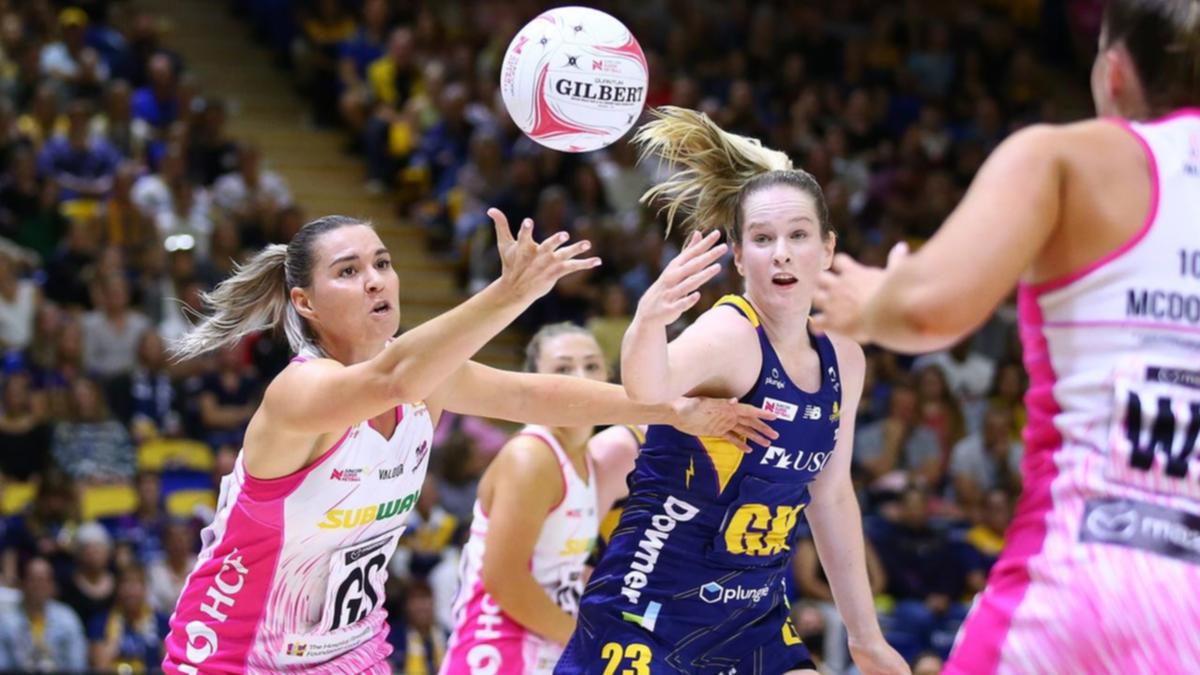 The visiting Thunderbirds got the job done at USC Stadium on Saturday night with an exceptional defense, connected by accurate shooting, with a 92 percent connection to the Lightning’s uncolored 62 percent.

The brilliant Shamera Sterling led the defensive charge, with seven rebounds, five deflections and three intercepts, giving the Lightning’s shooters nightmares that all matched her athleticism and anticipation.

“It’s good to get interceptions when they’re activated by your gunners,” Sterling said after the Thunderbirds jumped the Lightning to fifth on the ladder.

“We came here with the mindset that we wanted to win and take some of that ladder pressure away.

“From now on it’s just a deep grind to get into the top four.”

Starring Sterling, the visitors took a 13-10 lead at the first break, while the pit was bone-dry for the Lightning, who remained scoreless for more than six minutes either side of the quarter.

Steph Wood was wayward all evening and Cara Koenen didn’t seem like a gallop in her return to action after missing out on last week’s landslide loss to the Giants with COVID-19.

With Tayla Williams making an impact after being injected from the bench into the center for Adelaide, the buffer shot out to nine goals early in the third stanza.

Laura Scherian was moved to center and Annie Miller promoted to wing attack, the changes helped Sunshine Coast rallied twice in the second half.

With the Thunderbirds penalty prone and riddled, the Lightning narrowed the deficit to three goals before Adelaide reacted and extended their lead again to 39-31 on the final change.

The home side mounted another charge in the fourth, but their poor shot kept chasing them and a 5-0 spree by Thunderbirds goalkeeper Lenize Potgieter in the final three minutes put the Lightning away for good.