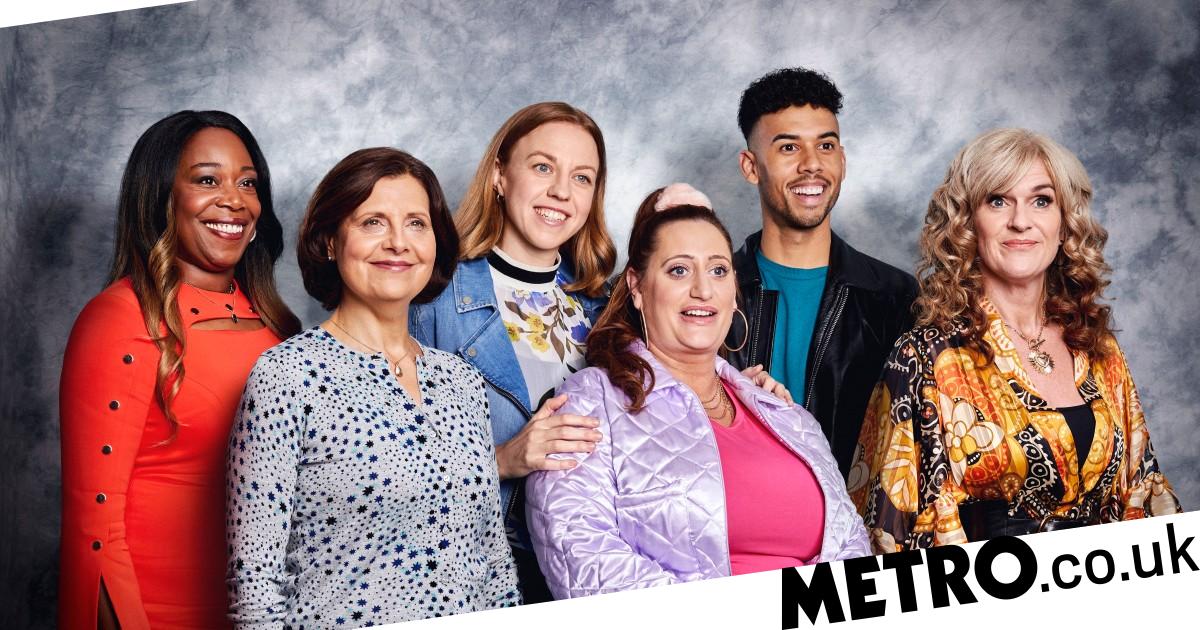 The creator of The Other One has revealed that people often approach her to tell her how much the incredible story reminds them of their real life.

Cat and Cathy’s wild relationship as they navigate the sisterhood together is back for a second series, as they’re joined by a third surprising sibling, Callum.

The BBC show follows two completely opposite half-sisters, who were unaware that the other existed until the death of their father, who had led two secret lives.

It turns out he actually had a third secret life, as at the end of Series 1, Cat (Lauren Socha) and Cathy (Ellie White) discover the existence of their brother Callum (Christopher Jeffers).

The second series follows Callum working his way into the dynamics of Cat and Cathy, and where he fits in between the two opposing girls and their mothers, while Cat leads a carefree life while Cathy is much more tense.

While their “strange story” may seem too wild to be true, creator Holly Walsh revealed that she is often approached by people who say the same thing happened to them.

Speak with metro.co.uk and other publications, Holly said, “It’s a strange story. Since the first series went away, the number of people who come up to me and say, “That happened to me” is quite common.

“A lot of people have really complicated stories and people coming in and out of their lives at different times, it’s really fascinating.

“It feels much more of a regular story than you might think. It’s not exceptional this story, I think that’s what’s interesting.”

Holly added: “People have told me that the exact story we wrote was their lives, it was weird.”

Christopher even revealed that he had had a similar experience to Callum when he found out he had two sisters.

He said, “I’ve had a similar kind of experience in my life. I didn’t find new sisters until a few years ago, so I had to navigate my relationship with a new father and with my sisters and all that stuff.”

He said the shared experience “helped” Callum take on the role, although he admitted that unlike Callum, Christopher “hadn’t kissed any of my sisters” until he knew who she really was.

From Holly’s perspective, she admitted that realizing that real people had experienced her characters’ experiences was “weird.”

“It’s weird to write it from a woman’s point of view because when you have a baby, as a woman you know that,” she said.

“But there are plenty of men. I have friends who have had this, who have been in relationships in the past and found out years later that they have children.”

While Colin, the father of Cat, Cathy and Callum, can never share his perspective, as the secrets begin to unravel in the show’s first episode after he dies, Holly admitted how complicated his character’s position would have been.

She said: ‘I don’t think everyone who has two families is some kind of crazy power player, I think sometimes life is just weird.

“I don’t think the man at the heart of this story is a bad man, he just made decisions that escalated and he tried to deal with them the way he could.”

The Other One can be viewed on BBCiPlayer.

Do you have a story?

If you have a celebrity story, video or photos please get in touch with the Metro.co.uk entertainment team by emailing us at [email protected], 020 3615 2145 or by calling our page Stuff Stuff to go. like to hear from you.

MORE : EastEnders’ Tamzin Outhwaite feared for her life during BBC’s Freeze The Fear stint: ‘My biggest fear was having a heart attack’