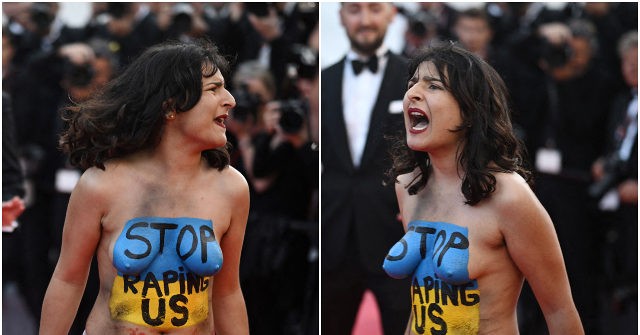 A screaming, topless protester with the words “Stop raping us” scribbled all over her torso and crashed on the red carpet of the 75th Cannes Film Festival on Friday.

Security rushed to cover up and chase the protester, who yelled, “Don’t rape us!” on the red carpet in France.

“On the Cannes red carpet for the new George Miller film, the woman in front of me took off all her clothes (covered in body paint) and fell to her knees screaming for photographers,” New York Times reporter Kyle Buchanan tweeted on Friday.

“The Cannes authorities rushed to her, covered her with a coat and blocked my camera from filming,” the reported added, sharing a small video clip of the incident.

On the Cannes red carpet for the new George Miller movie, the woman in front of me took off all her clothes (covered in body paint) and fell to her knees screaming for photographers. Cannes authorities rushed to her, covered her with a coat and blocked my camera from filming pic.twitter.com/JFdWlwVMEw

The words on the topless woman were written in body paint over the Ukrainian national colors blue and yellow. The protester also appeared to have red paint oozing from her underwear, as well as red handprints on her thighs.

The woman was also found to have written the word “scum” on her lower back. 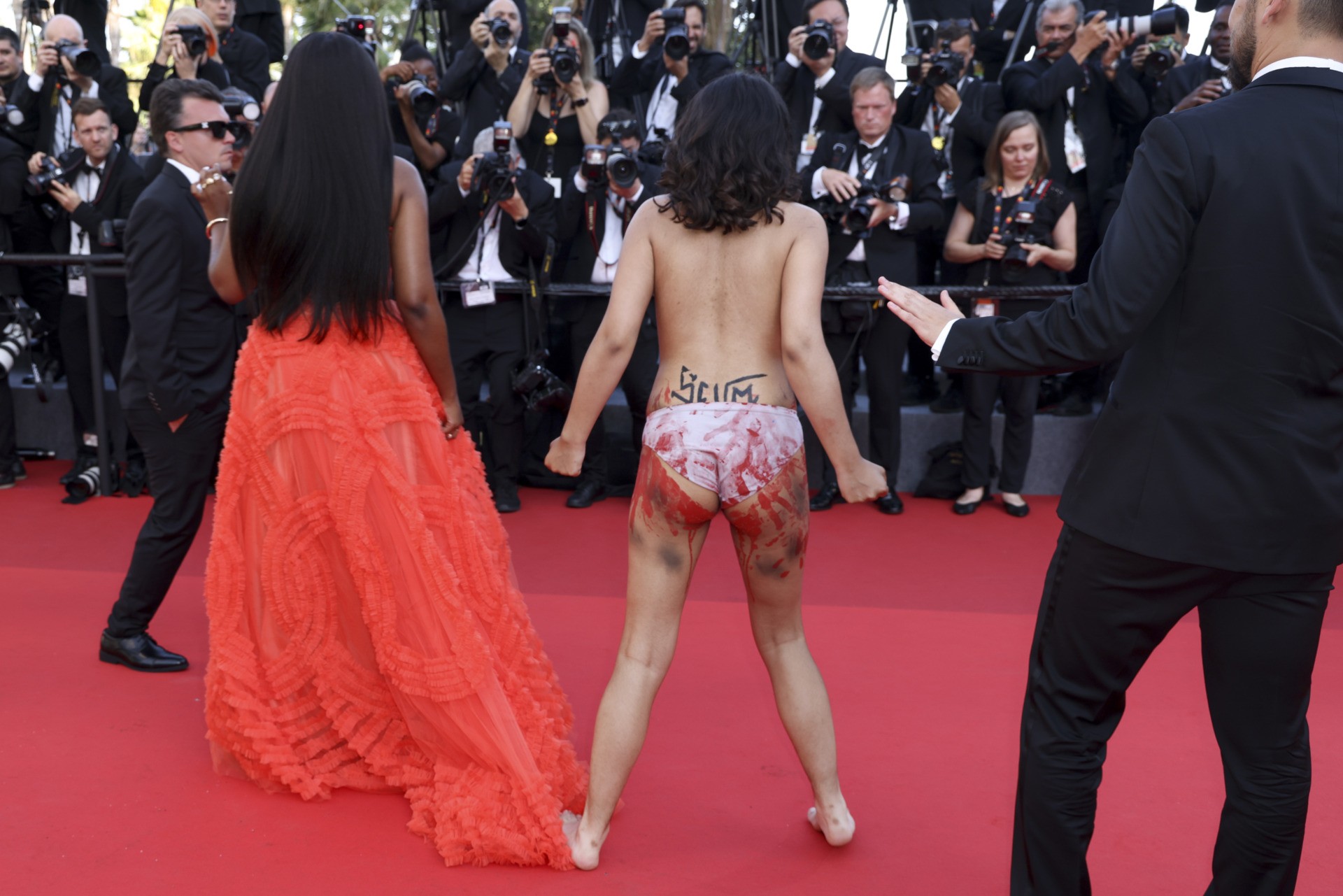 A protester wearing body paint on her front that reads “Stop Raping Us” in the color of the Ukrainian flag appears at the premiere of the film ‘Three Thousand Years of Longing’ at the 75th International Film Festival, Cannes, southern France, Friday, May 20, 2022. (Vianney Le Caer/Invision/AP)

The war between Russia and Ukraine has reportedly created tensions at the Cannes Film Festival, as Russian artists and filmmakers have not been barred from the event.

The protest arrived ahead of the premiere of Three thousand years of longingstarring Tilda Swinton and Idris Elba, and a day before Cannes’ “Ukraine Day,” when the festival plans to hold a series of events in solidarity with Ukraine’s oppressed film industry.