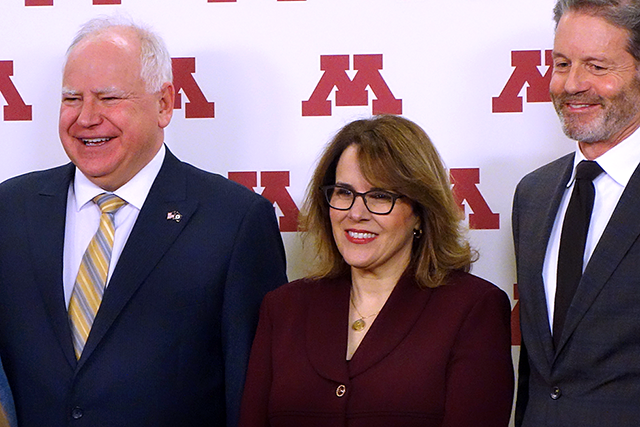 Governor Tim Walz announced Friday that the Twin Cities will host the 2026 Special Olympics USA Games† Walz made the announcement during a press conference at Huntington Bank Stadium. Walz said it was the… the biggest sporting event to take place in the US in 2026 and will demonstrate the state’s commitment to inclusion and “that every individual can thrive,” according to the Star Tribune’s Randy Furst.

Rob Olson at FOX9 has the story of how Doctors in Twin Cities help treat wounded Ukrainian soldiers and civilians … through Zoom.

Adam Uren of Bring Me the News has a story about a motorcyclist hit one Metro Transit bus on Thursday night in Minneapolis. The bicyclist left the scene and drove to 35th Street East and Minnehaha, where he… ran a red light and hit a passenger car† He later died in a hospital.

Abe Asher at Sahan Journal has the story of Imam Abdirahman Aden Kariye being held by TSA agents in Seattle, causing him to miss the lead of Monday’s Eid prayer Dar Al Farooq Mosque in Bloomington. Imam Abdirahman said he has been the target of heightened security measures while traveling at home and abroad for years. The frequency and intensity of those security measures have made domestic travel a challenge.

Jana Hollingsworth of the Star Tribune reports that: Ely radio station WELY Gets up leave the air June 1 if no buyer can be found.

On Mondays the Minneapolis Planning Commission is expected to vote for a street sign along 1st Avenue, between 7th and 8th Streets north of downtown. The sign will read “Prince Rogers Nelson Way”, via WCCO.