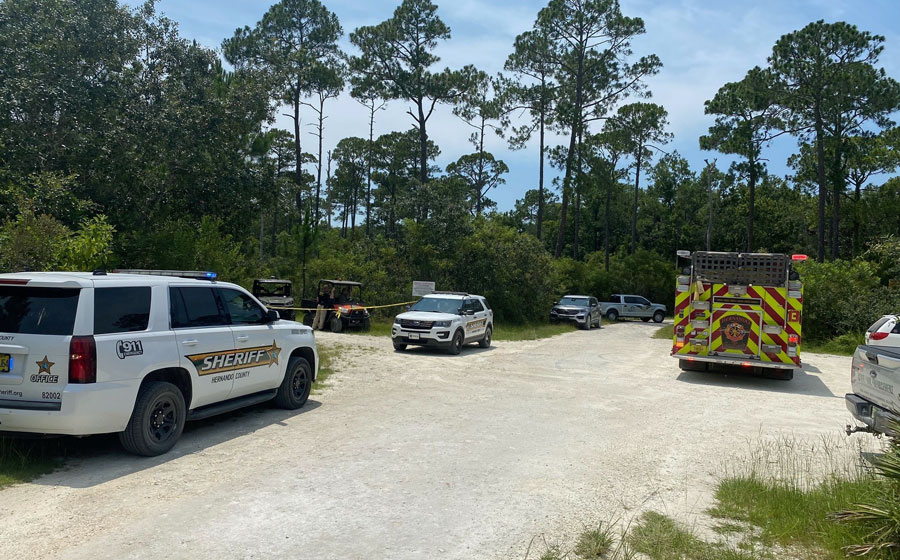 WEKI WACHEE, FL — On Wednesday, June 22, 2022, at approximately 12:20 a.m., a 911 call was placed to the Hernando County Sheriff’s Office regarding a possible drowning. The specified location was “Buford Springs Cave” which is located in the Chassahowitzka Wildlife Park at 13243 Commercial Way in Weeki Wachee. Buford Springs, first discovered in 1973 and has a maximum depth of 165′, is considered one of the best springs in Florida for diving. The 911 caller was one of three youths, ages 15, 15 and 17, who arrived at the park around 9 a.m. to go for a swim and hang out by the water, authorities said.

At about 11 am, two adult males arrived. As the adults prepared for their dive, they chatted with the youngsters. Both adults then entered the water and dived for a short while before resurfacing.

When the adults resurfaced, they began talking to each other. The youngsters believed the discussion was about going back to a… “cave” and whether they had enough air in their tanks to complete their dive. One of the divers allegedly said he may have had a leak in his tank. After a short while, both adults dived under the water again.

A short time later, the youths saw one of the divers coming to the surface. The diver floated face down, which the youths said he did on purpose, to search for the other diver who had yet to surface.

Big Tech uses a content filtering system for online censorship. View our short video about NewsGuard to learn how to tell the story for the Lamestream Media and help keep you in the dark. NewsGuard works with Big-Tech to make it harder for you to find some content that they feel is “missing context” or stories that their editors deem “not in your best interest” — whether true and/or factually accurate. They also partner with payment processors and ad networks to cut revenue streams to publications that they rate poorly by the same standards of bias. This should be criminal in America. You can get around this third world nonsense by signing up for recommended stories by email and get the good stuff straight to your inbox.

It didn’t take long for the juveniles to notice that no bubbles were coming to the surface, as before. The youths swam over to check on him and got no response. The three youths managed to get the diver to the dock, but were unable to lift him out of the water.

Upon arrival, the deputies jumped into the water and lifted the diver onto the dock. The diver has died. The officers waited for the other diver to surface. Knowing that the divers were discussing the amount of air in their tanks, the officers thought he might show up at any moment because he would run out of air.

As time went on and the second diver failed to surface, it was believed he most likely had a problem in the cave. Several members of the International Underwater Cave Rescue and Recovery (IUCRR), a non-profit public service and educational organization, arrived on the scene to conduct a rescue mission for the second diver. These highly specialized cave divers entered the water and began the search for the second diver.

The IUCRR divers located the second diver who died about 137 feet below the surface; he was found and brought to the surface. None of the divers had obvious signs of trauma and both appeared to have appropriate diving equipment. Authorities say it is unknown at this time whether all the equipment was working properly.

Both victims have been handed over to the coroner. Detectives found identification of both victims in the vehicle they arrived in, but their names are being kept secret as one of the victims’ families has not yet been notified.