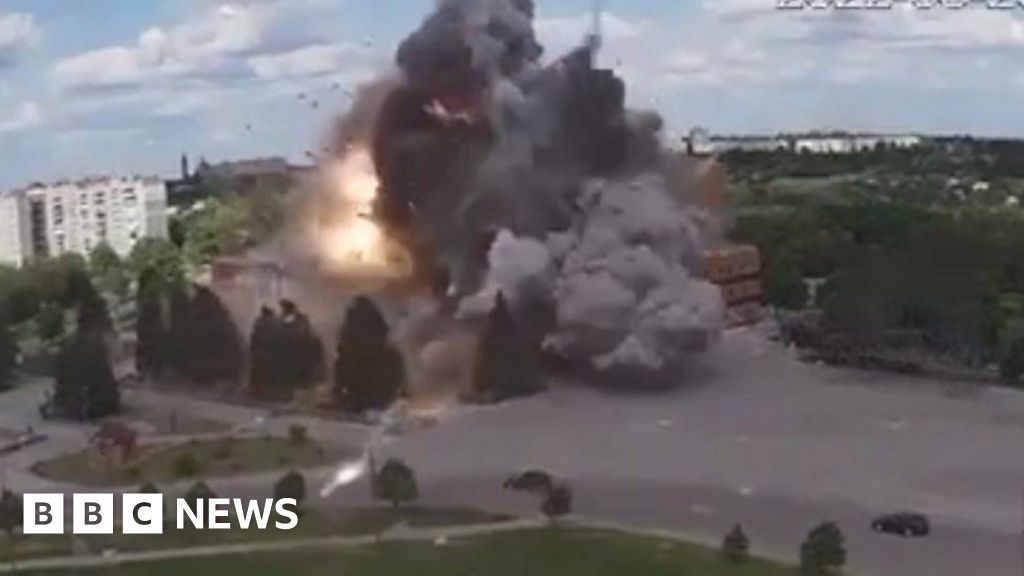 Ukrainian President Volodymyr Zelensky has accused Russian troops of carrying out a rocket attack on a cultural center in the Kharkiv region, describing the attack as “absolute evil, absolute stupidity”.

Zelensky posted on his Telegram channel a dramatic video of the moment when rockets hit the recently renovated House of Culture in Lozova.

Zelensky said seven people were injured in the attack, including an 11-year-old child.

He said: “The occupiers have identified culture, education and humanity as their enemies.

“What’s on the minds of people who choose such goals?”