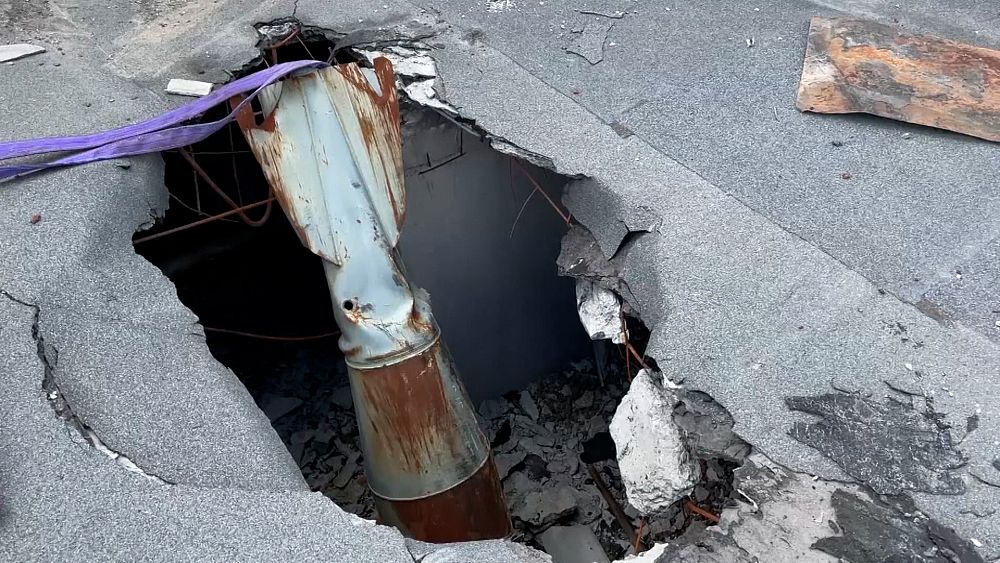 Ukrainian rescuers removed a 500 kilogram aerial bomb from the roof of a residential building in Kharkiv on Thursday.

The bomb fell on the building near Saltiv three months ago.

Deminers had removed the detonator from the bomb the day after it fell, but continued shelling in the region had so far made removal of the bomb impossible.

“Currently, the city is relatively quiet and allowed to carry out these works,” said head of the humanitarian mine clearance unit Ihor Ovcharuk. “When there was shelling and direct war in the city of Kharkov, these works were usually not done by anyone.”