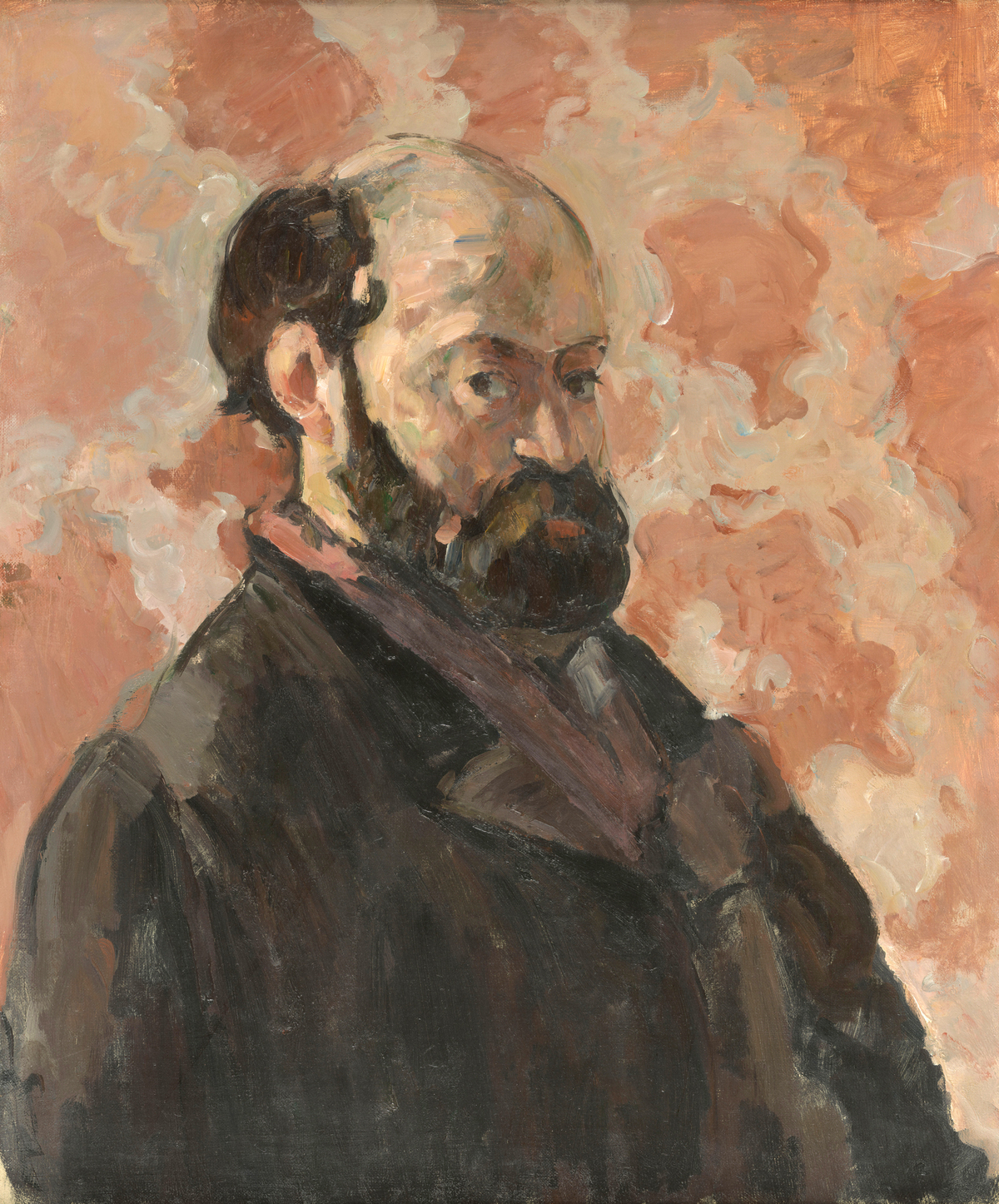 “Cezanne, he is the greatest of us all.” – Claude Monet in conversation with Georges Clemenceau, quoted in translation in The Paintings of Paul Cézanne: A Catalog Raisonné (trans. John Rewald, Abrams, 1996).

There are some entities and influences in our work that we take for granted, as if they were always there and it is impossible to imagine a world without them. This is how I felt at the Chicago Theater over ten years ago when I listened to a Leonard Cohen concert. The idea that the old man in the sharp suit on stage was writing all those songs was a circle that I struggled with. The same goes for Cezanne. To anyone into perceptual painting, he’s like a giant boulder blocking the path. No way to ignore it or pretend it isn’t there. There’s also no turning back, unless you’re content with playing an alternate reality. What Cézanne did was figure out how to represent the act of seeing.

It is intimidating for a painter like me to write about Paul Cézanne. It’s like trying to describe or explain God. Why bother? No words are enough. It is normal is and what I do could not exist without what this man did over a hundred years ago. It is not a debt that can be repaid or even properly understood.

It is a vision that focuses on subjectivity, movement and change, rather than stability, hierarchy or order. Probably no coincidence that he was working out his methods at the same time Nietzsche was killing God. No one who believes in a benevolent creator who shapes and directs the universe can see his surroundings in the slippery and unreliable way Cézanne saw his surroundings.

And yet he was also deeply flawed as an artist. His figures – especially when unclothed – are hopelessly clumsy and wooden. They rarely relate to their environment in a convincing way. The swimmers are the worst. It’s a kind of ersatz Eden that he keeps trying to evoke, but what comes out is more like the cheap decor of a Greek eatery.

Like many of the innovators of his day, Cézanne arose in the French academic system and failed utterly in his dogmatic, arduous study. If he had excelled, he would probably have been forgotten by now. It was his inability to make bacchanales, formal portraits or history paintings that forced him to look for another way. Yet the remnants of that staid training reverberate throughout his career.

To promote “Cézanne” (an exhibition currently on display at the Art Institute of Chicago, hosted by the institute with the input of the Tate Modern), the museum chose to reproduce the crappy epic painting of the last swimmers across three flags attached to the facade. What attracts art professionals to those ungainly ladies? They are characterless and often have two left legs. They look like they’ve been cut and pasted in a fantasy forest without much effort to reconcile figure and ground.

It’s comforting that Cézanne was such a bad figure painter. Makes him almost human. When people are dressed and he knows them well, he does much better. There is one very good self-portrait in the show: Self portrait with pink background, made by Cézanne around 1875) which underlines what a taciturn, obnoxious man he must have been. The expression on that mug seems to wonder why the viewer has invaded his loneliness, except that he is the viewer himself! Not a man I would ever want to meet. It’s best to leave him alone to paint his mountains, trees, fruits, and bottles and marvel at the results.

The first time I visited the show, during the members-only preview days, the galleries were packed. I went back and forth through the rooms a few times, jotting down the four or five photos I knew I would return to on future visits. The only major series I’ve missed is its card players. He painted at least four…The card playerswho lives with the Barnes Foundation in Philadelphia is probably my favorite, but only one sketch of a single card player is included in this exhibit.

The biggest surprise is an oil painting in earth tones of the roofs of Paris (Paris Roofs, 1882). It feels like the kind of composition I’ve tried many times myself. I didn’t know Cezanne had tried it too. He is more of a village and nature person than a city person. This one almost looks like an Albert Marquet (1875-1947). Marquet is a big influence on me, but much more manageable and human than Cézanne. As I strolled through it, I remembered what Barnett Newman said about Cézanne’s apples in the 1972 documentary Painters Painting: that they were like super apples, that they oppressed him.

There is an ascetic removal in Cézanne’s best paintings. As if they were put together by a being who is either above or incapable of everyday emotions. It can sometimes fail. But when these photos connect, they change the way you see the world with your own eyes.

The shifting perspectives, the erratic horizon line, the endless attempts to capture the same motifs that will always elude him. Cézanne’s mission is about conveying what it’s like to to be: from day to day, from hour to hour, from moment to moment. It is often not a reassuring or welcoming world he shows, but one that I recognize all too well.

Ed Clark When Through 30/12 Where GR N’Namdi, 110 N. Peoria Info 312-563-9240 Ed Clark’s bright abstractions at GR N’Namdi are energetic, even rambunctious, with huge streaks of color punctuated by splashes or the captivating swirl or two. Clark, 80, is a second-generation abstract expressionist who grew up in Chicago but lived in Paris and…

Tom Friedman at the Museum of Contemporary Art, until October 1 By Fred Camper It is often argued that since contemporary artists are heavily influenced by the work of other artists and by current theory, their output is best understood by experts, that the proper interpretation and context of such work can only come from critics and academics.…

Norman Rockwell: Photographs for the American People at the Chicago Historical Society, through May 21 By Fred Camper Like many Americans, I had my first art experience with Norman Rockwell. He was also responsible for my initial disappointment. When I was five or six years old, I found a copy of my father’s old Boy Scout…