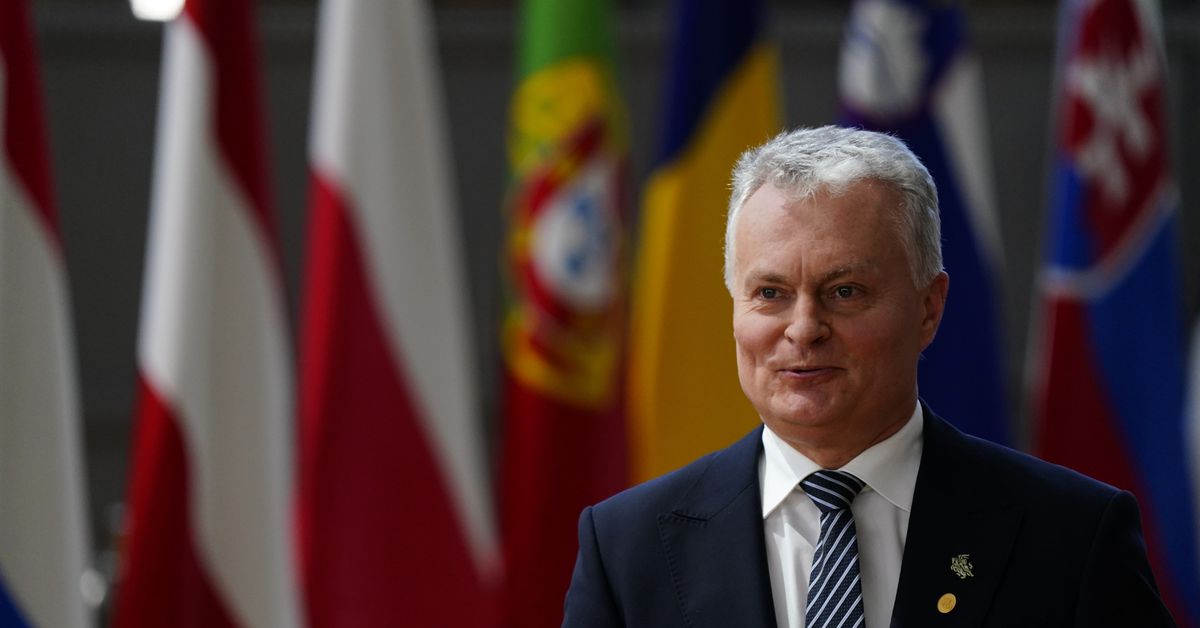 Kaliningrad is the last place in Europe to be caught up in the spillovers from the war in Ukraine.

That Kaliningrad flared up isn’t all that surprising given, well, geography. Kaliningrad is a part of Russia sandwiched between Lithuania and Poland, both of which are members of the European Union and the North Atlantic Treaty Organization (NATO). It is heavily militarized. Russia has deployed nuclear missiles in the oblast, or administrative region, and it is the base for Russia’s Baltic Fleet and the only year-round ice-free port. There have been minor close calls in the region before, so when war broke out in Europe, Kaliningrad was always a point of potential volatility.

It reminds us that the Russian invasion of Ukraine – and the intense mobilization of the West in response – always ran the risk of exacerbating tensions outside Ukraine.

In the West we tend to forget, but so much remained unresolved after the collapse of the Soviet Union in the early 1990s. And it’s right there on the map.#Kaliningrad and #Transnistria are just the most obvious legacies that could spark conflict between Russia and NATO. https://t.co/A6B2Cag58o

What caused the spat this time around was Lithuania’s enforcement of EU sanctions against Russia after a months-long transition period† Because Kaliningrad is not directly connected to the rest of Russia gets most of its supplies through land routes or by sea. The Lithuanian state railway company announced last week that it would no longer allow the transit of sanctioned goods – such as steel products and building materials – through Lithuania to Kaliningrad.

Russia accused Lithuania of setting up a blockade, with the Russian Foreign Ministry warning of “practical” retaliation. “Both Lithuania and the EU have been informed through their diplomatic missions in Moscow that such actions are inadmissible and that the steps taken should be reversed and the situation put back on the legal and legitimate track,” said Maria Zakharova , spokeswoman for the Russian Foreign Ministry, Wednesday. according to state media. “Of course, if this is not done, retaliation is inevitable.”

Lithuania has said this is not a blockade, and they are just doing additional checks and following sanctions rules that all EU states have agreed upon. “First, any talk of a blockade of Kaliningrad is a lie. Second, Lithuania is complying with sanctions imposed by the European Union on Russia for its aggression and war against Ukraine,” Lithuanian Prime Minister Ingrida Šimonytė said. Only sanctioned items are targeted; food and medicine can still be moved, and passenger travel continues. In addition, Kaliningrad can get goods from Russia by sea.

The European Union, meanwhile, has tried to de-escalate and is working on guidelines to conduct controls “in a smart and clever way,” said Josep Borrell, the EU’s foreign policy chief. †[There are] two objectives: to prevent sanctions being circumvented; and not to block traffic. Both things should be possible, and we’re working on that,” said Borrell.

The background to this impasse is, of course, Russia’s destructive war in Ukraine, where Moscow legitimate is Ukraine is blocking and damaging the country’s economy and its ability to export food to the rest of the world. Meanwhile, US and European allies are trying to support Ukraine through arms transfers and punish Russia through sanctions, while also trying to avoid a direct confrontation with the Kremlin. But the European map contains many tense areas that threaten to erupt into a larger conflagration. The biggest concern is that one of those areas, such as Kaliningrad, will bring Russia into direct confrontation with NATO countries.

For many reasons – Russia’s war in Ukraine is the big one – that probably won’t happen for a long time. Yet the war in Ukraine has demonstrated the fragility of Europe’s status quo.

“Do they want to test NATO retaliation or Article 5 activation? that’s more [a] ask the Kremlin,” said Dalia Bankauskaitė, a non-resident senior fellow at the Center for European Policy Analysis (CEPA) and professor at Vilnius University in Lithuania. “But the situation – yes, the eastern flank is full of risks and threats just because we have war in Europe.”

Why Kaliningrad is now flaring up, but (probably) yielding nothing

Lithuania and Poland and others in the region have had to maintain a close relationship with Kaliningrad and the Kremlin for years. But Lithuania’s enforcement of sanctions, and Russia’s response, are potentially dangerous, especially since any time Moscow and a NATO country stir things up, things can escalate, even if unintentionally. And all sides have a bit to gain from ramping up the pressure.

For Russia it makes sense to make a stink and hype the influence of Western sanctions against the approximately 430,000 Russians living in Kaliningrad. Russia wants to divert attention from its war in Ukraine and sell the West as an enemy and aggressor to the Russian public. And Russian President Vladimir Putin may try to use the friction to sow doubt in Western societies, and try to break public unity as the war in Ukraine continues.

Moscow may also seize this particular moment. The upcoming calendar is full of events that Russia was not invited to, but probably annoyed about. The European Union has just granted Ukraine the status of EU candidate country, and although there is a lengthy ascension process ensuing, it is politically symbolic. Germany is hosting leaders for a Group of Seven conference in Bavaria this weekend, followed by Madrid to hold a major NATO summit, where the alliance will unveil its Strategic Concept — in fact its ten-year plan — that has almost certainly influenced Russia’s war.

“The big picture is that Russia is also trying to put pressure on the West, but it’s always hard to do it by military means, so that’s why they’re using other means, like disinformation and so on,” said Martin Hurt, a researcher with the International Center for Defense and Security and a former Estonian defense official.

Russia cannot really use military resources because it cannot afford a confrontation with NATO at the moment. As Hurt noted, the Baltic Sea region is in some ways less tense now than it was six months ago, as Russia has committed so much of its armed forces and capabilities to the war — and it’s unlikely they’ll return in better shape than they had. left.

That makes Russia’s threats of retaliation against Lithuania, along with other similar threats, a little hollow, even though Russia has other tools, such as disinformation and economic pressure. In any case, Lithuania had been segregating Russian gas for years, but it shares a common electricity grid, although Lithuania has said it will be prepared if Moscow shuts them down.

Lithuania and other Baltic states (Latvia, Estonia) are also aware of Russia’s current military restrictions, but they also don’t underestimate the threat from Moscow – and ahead of the NATO summit is a good time to make that clear. Lithuania, along with other countries on NATO’s eastern flank, were among Ukraine’s staunchest supporters and the most aggressive in seeking to punish Russia. These countries also see the Russian invasion as confirmation of the threat Putin still poses in ways that other NATO countries may not. Kaliningrad is another reminder of those risks.